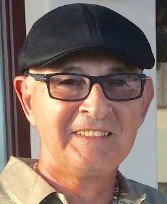 I received my certifications in August of 1991, graduating with honors from the Hypnosis Motivation Institute, Tarzana California, the first and only nationally accredited school for hypnosis in the United States.

I have worked as A Customer Service manager in 2 different companies in Australia, achieving these positions as a result of my hard work from entry level positions. I was Top salesman of the year two years in a row with GTE Australia, Yellow Pages. Winning a total of 15 major sales awards.

A videotape editor and technician for CBS Television City for 13 years. Having worked numerous live shows, such as Big Brother, The Price is Right, American Idol as well as being the technician responsible for rolling prime time pre-taped shows, and formatting the shows for air.

My work experience has been wide and varied, which emphasizes the fact that any one can enter a field of which they have no knowledge and create their own success within it, as my results have constantly shown.

Again in September of 2011 and August of 2015 I had another surgery on my back and again, I was released a day early and was also released back to regular duties over a month earlier than any other of this surgeon’s patients that had undergone a similar surgery. In addition I had minimal pain medication and was not taking any 10 days after the surgery. I was again told that most patients were still taking pain medications up to 6 months after their surgery.

Both the Doctor and I absolutely attribute the great recovery to my self-hypnosis. During the year of my first back surgery in 1994 I also had a major heart condition, which in fact left me clinically dead for 3 minutes.

Again my recovery time using self-hypnosis was much faster than the doctors anticipated.

I am always amazed at what people can do as a result of a little Hypnotherapeautic “push” to assist anyone to resolve their issues.

Becoming a Hypnotherapist in 1991 was the best thing that I ever did, as it allows me the continual opportunity to be of service to others and to help and to motivate people. I have also had excellent results in general practice dealing with any and all issues presented to me by my clients.

I have had great success in assisting people to understand their behaviors, assisting them with habit control, panic and Anxiety, weight loss, nail biting, positive visualization, motivation, insomnia, as well as many other issues.

People are amazing and can do absolutely anything they set their minds to, and I am always thrilled to be a part of that discovery.

By applying the techniques learned at the Hypnosis Motivation Institute I have helped clients from many wide and varied nationalities as well as different walks of life to a more healthy and successful life.

My practice is based on my assisting YOU to gain the vocational or avocational changes YOU want.

Call us for a free phone consultation before your
hypnotherapy session.